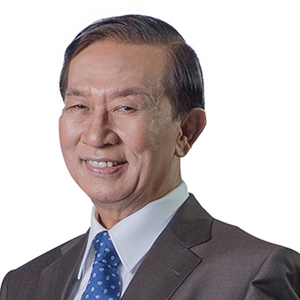 Board meeting attended in the financial year:  4/4

Bachelor of Economics, University of Malaya

List of convictions for offences within the past 10 years other than traffic offences, if any : None

Encik Suffian has had a distinguished career in the Malaysian Civil Service, starting as a Diplomatic and Administrative Officer, attached to the Implementation and Coordination Unit of the Prime Minister (PM) Department and subsequently to the Ministry of Public Enterprises. Whilst at the PM Department, he was assigned as the special assistant to the Special Economic Adviser to the Government. He served the Board of Directors of Fraser’s Hill Development Corporation, the State Development Corporations of Perak, Pahang and Terengganu as well as the Board of Directors of Bank Pembangunan Malaysia, Kompleks Kewangan Malaysia, HICOM and the Council of MARA.
After 13 years of service, he left the Government Service to serve a Government Linked Company (GLC) involved in international business, after which he ventured on his own to be the Managing Director of an Insurance Broking Company. Amongst his other involvements after that were in the securities industry and asset management sectors. He has also served as a Director of Hitachi Sales Malaysia, Meiden Electric Engineering Malaysia (Japan), Far East Computer (India) and Affin Discount Berhad. He also brings with him vast experience in general trading, power generation and transmission, aircraft maintenance as well as the oil and gas services industries.